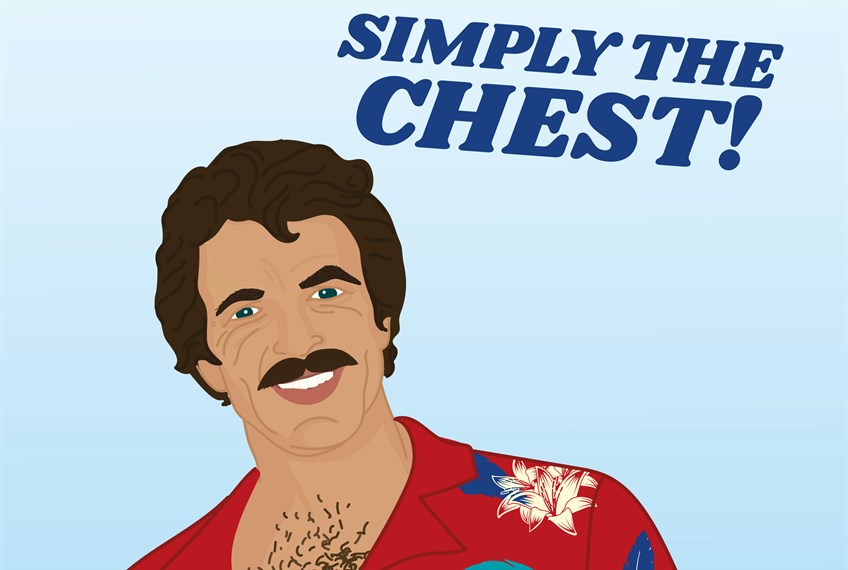 Fanciable Fathers-in-Law: How Many Brits Have a Secret Crush on Their Partner’s Dad?

With Father's Day just round the corner and every dad bod meme imaginable circulating around the office, we thought it would be interesting to investigate whether there was anything more to this strange phenomenon and understand what feelings us Brits actually have about our in-laws in 2021.

To find out, we used the polling company eOpinion to survey 1,263 women who are either married or in a relationship in the UK, asking:

The results were unbelievable! The survey found that...

More than a Quarter of Women in the UK Fancy Their Father-in-Law! 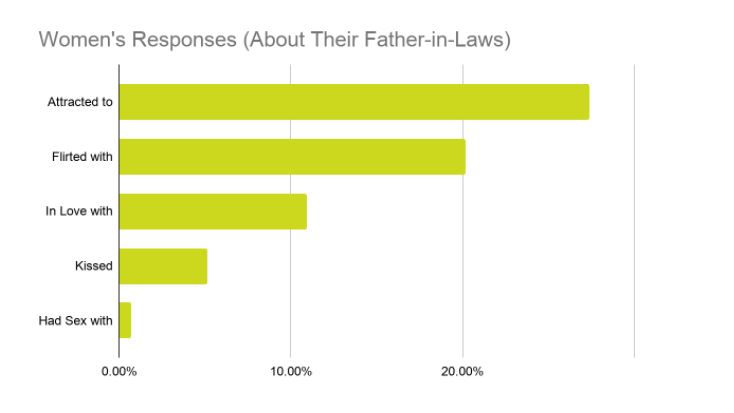 Yes, you read that right! The shocking findings reveal more of us than we might expect are harbouring secret fantasies for our fathers-in-law:

What about Men and their Mothers-in-Law?

To make it fair, we also asked 1,156 men who are married or in a relationship in the UK: 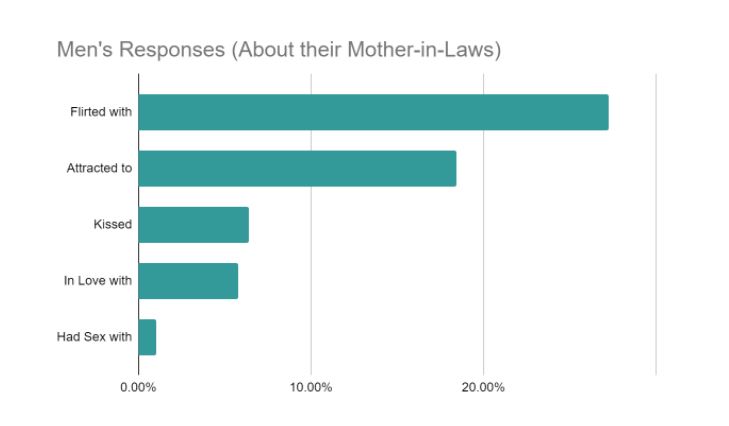 When it comes to Men and their Mother-in-Laws, we discovered

It’s important to note that the survey did not filter respondents based on sexual orientation. So, for example, we would expect women who identify as lesbian to be less likely to be attracted to men on the whole, but we did not ask about sexual orientation as a part of this survey.

So with this information, and not in small part due to the extreme level of competition within the office, we felt we needed to reveal which was the stranger sex e.g. who takes the lead in terms of being most desired? Mums or Dads?? To find out, we took a sneak peak at Google search data over the last 12 months to discover who is most sought-after as of 2021.

To do this, we carried out an analysis of online search data using the tool Keyword Finder and discovered that as of March 2021:

The Rise of Desirable Dads

Although search terms relating to Mums are searched most frequently, it seems that the British public have recently become enticed by fanciable father figures.

Interest in the term ‘Dilf’ on the other hand appears to have peaked numerous times during 2021, corresponding with media reports of new celebrity Dads such as Ben Affleck and Kit Harington.

Why Are So Many Brits Attracted to Their In-Laws?

Love them or hate them, our survey showed us that an astonishing proportion of adults in the UK are attracted to their in-laws. But why is this? And what makes so many men and women seek out an older fella or mature woman?

To find out, we even consulted the help of a Sex & Relationship Advisor, Katie Lasson from the adult sex toy and designer lingerie company Peaches and Screams. Here’s what we learnt:

Why do you think so many women are attracted to their fathers-in-law?

“From time immemorial, women have chosen partners who have reminded them of their fathers”, says Katie. “The choice of such a partner is mainly due to the desire of women to feel the same peace and security they felt while being dependent on their father. And that's why the image of a father is one of the most common reasons why women choose older men."

“Reliability. The older a man gets, the more he begins to appreciate a stable and lasting relationship. Short-term relationships begin to lose their former attractiveness, if only because they have been enjoyed several times. On the other hand, for women, who are always more focused on long-term relationships, this is just another plus."

“And confidence”, Katie adds, “Usually, mature men have already managed to realize themselves, they know what they want and know how to achieve their goals. Such men are self-confident, and confidence is one of the qualities that women tend to value.”

Why are so many men attracted to their mothers-in-law?

"Research has shown that men consider older women to be great partners because they are more confident, they have a bigger experience and they do not focus only on starting a family. Some men seem to choose older women in part because there is a greater sense of equality. They emphasize that the attention of an older woman increases their self-esteem, self-confidence. Such women have more life experience, emotional stability. They are honest".

Could it be partly down to experience?

"Older women are more experienced and therefore – they know what they want. That fascinates men because then they no longer have to indulge in a long search, trying to find out what a woman wants and what she likes. Some might like the fact that older women are generally more financially stable. They have already reached their peaks and know perfectly well what they want in their daily lives. Older women are also much more maternal. They simply have a much stronger maternal instinct. And these women are great at caring for the men they are with. That is why men feel much safer and emotionally better in the embrace of an older woman.”

So, whether you're harbouring a secret crush on your father-in-law or just innocently found yourself here and are flabbergasted by these filthy findings, why not check out our collection of funny, punny and downright daft Father's Day cards ready for Sunday 20th June!

The raw data and findings from our survey are available on request.