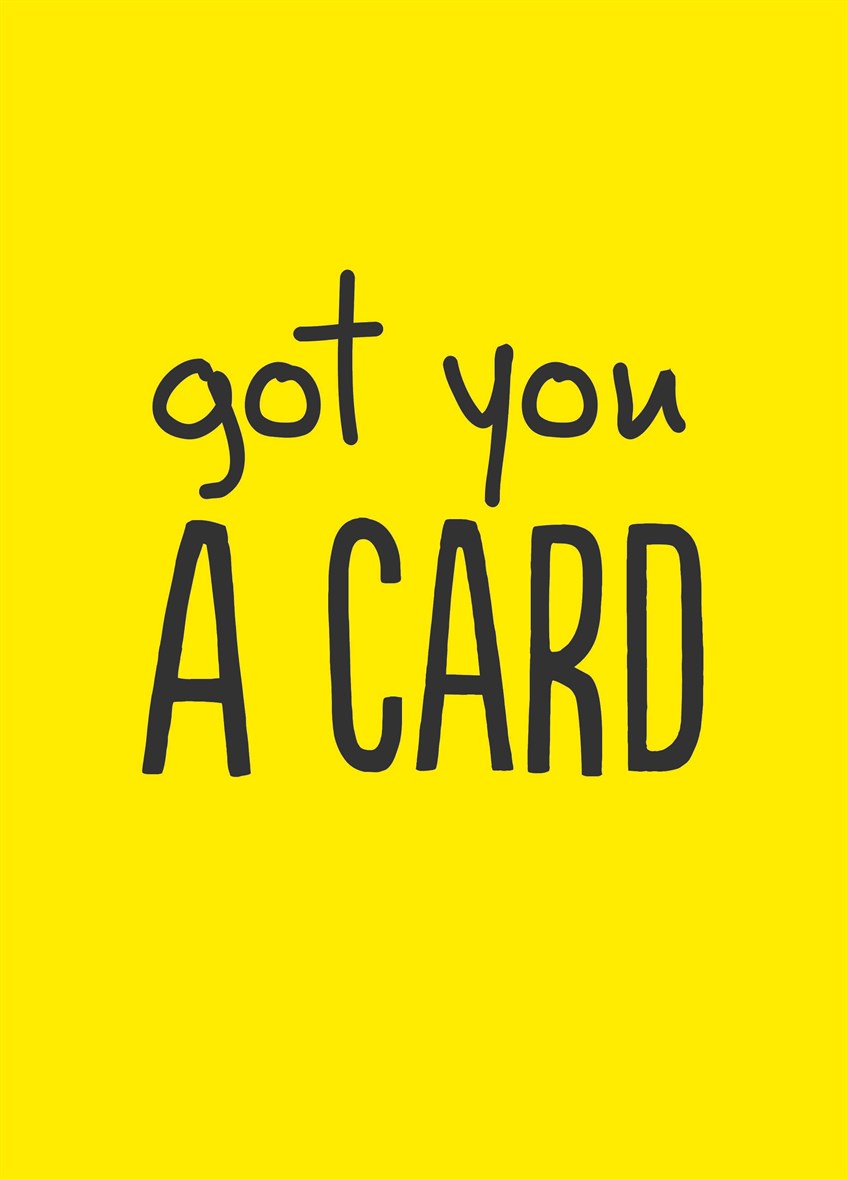 It’s time for the latest edition of Meet the Designer and we’ve got none other than Buddy Fernandez! They specialize in telling-it-like-it-is cards that are some of Scribbler’s funniest. Today I’m talking to Lee who is one half of Buddy Fernandez, who’s got some fabulously interesting stuff to say.

Hi Lee, thank you so much for taking the time to have a lil’ chat. We absolutely love your cards, for anyone who might not know of the phenomenon that is Buddy Fernandez, can you tell us a little bit about yourself, how did you get involved with Scribbler?

Buddy Fernandez is a mysterious man who quit advertising to wander about, drink scotch in a row boat, and write funny things that tell it straight. He’s somewhat elusive though, so Wes and I (Lee) take care of everything for him in the real world. We’re basically two scruffy 40-year old men who don’t want to get real jobs and love wearing flip-flops, so this works well for us. Getting into Scribbler was always the main aim, there aren’t many actually cool card shops, so being in Scribbler makes us proper proud of Buddy. We hassled Eliot for a couple of years when we first started, to no avail, but after a while we got in online, then into the stores, and it’s going really well. You guys are so easy to work with, which we like, and you order lots of cards, which helps too! 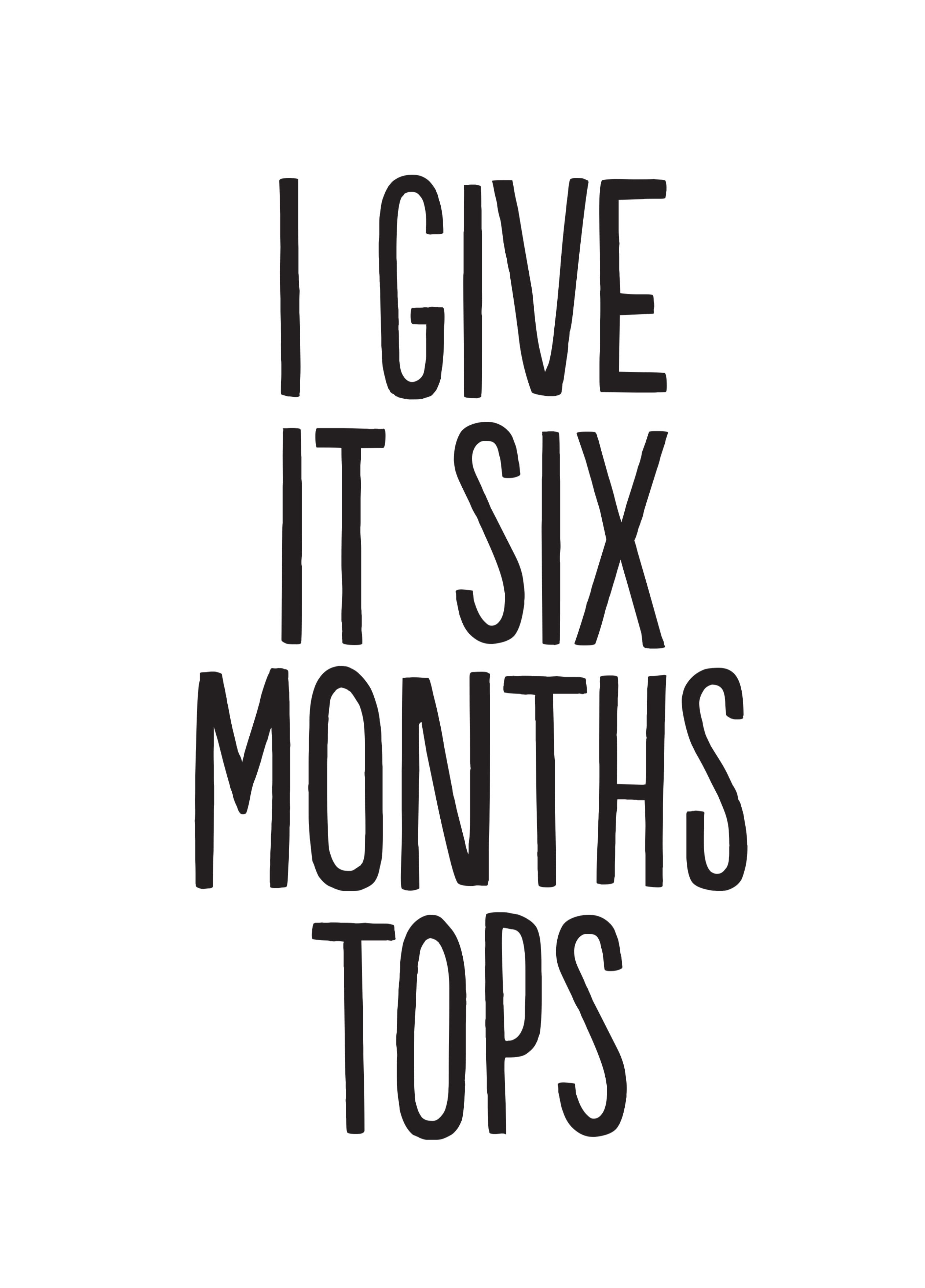 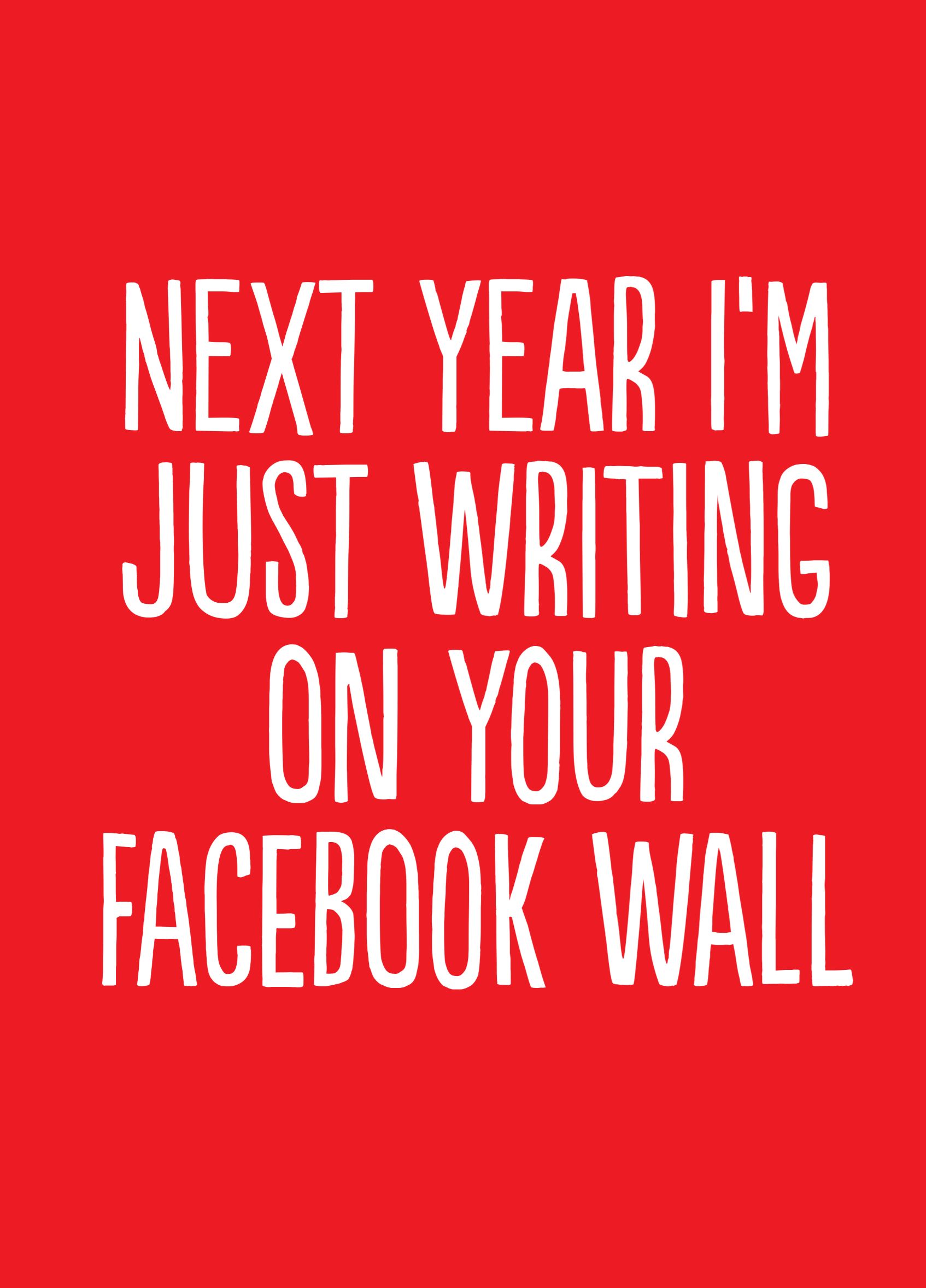 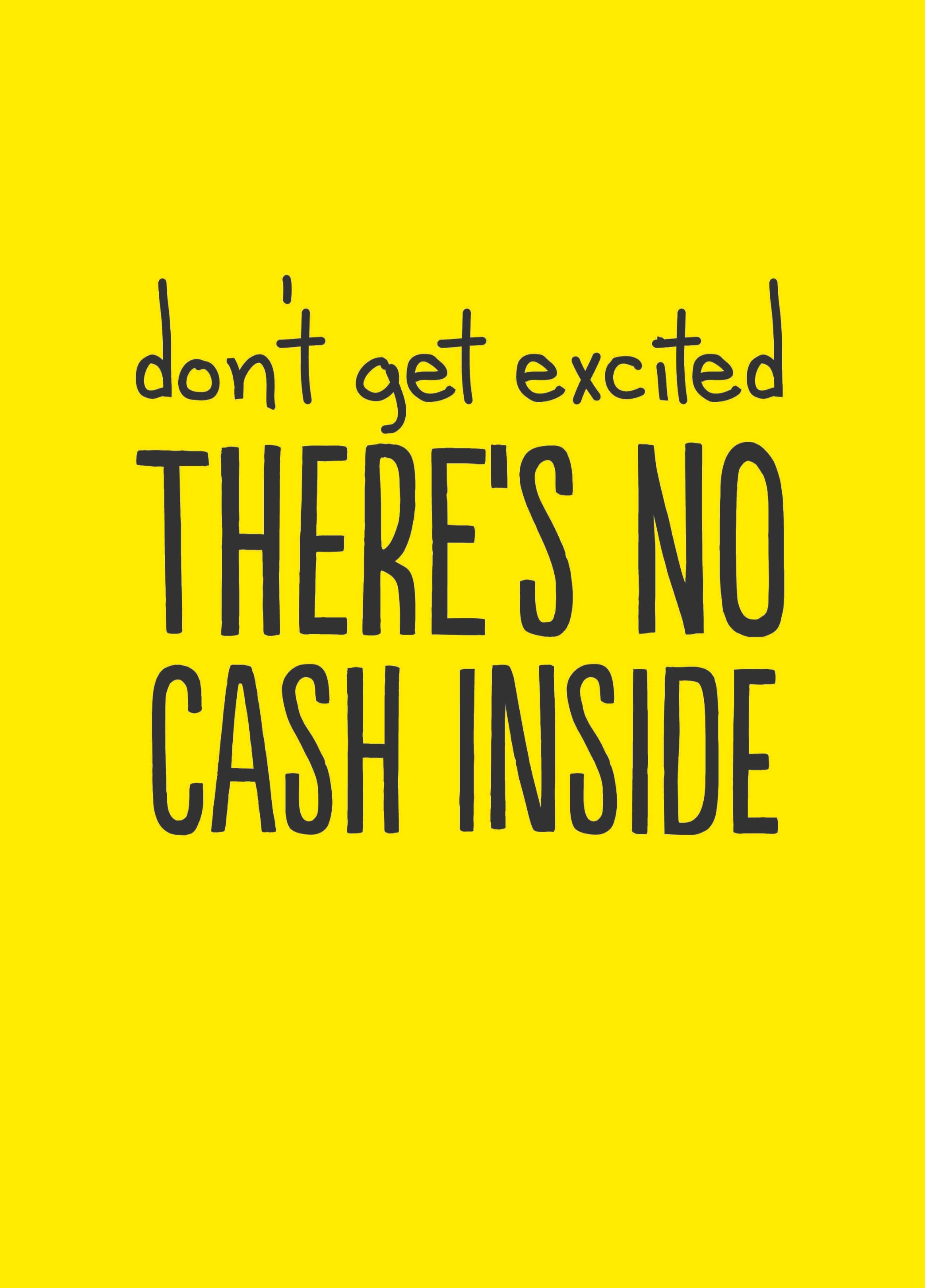 That might be one of the most interesting introductions we’ve ever had! What made you decide to create your own cards?

I started Buddy because I could never find cards that really appealed to my dark sense of humour. I didn’t want anything flowery or cliched humour, and I couldn’t find much else, so I thought I’d write some cards that made me laugh, and if other people liked them, then cool. Wes came on board after doing Spring Fair with me in 2014, and the rest is history. He actually likes talking to people, which is handy, and he’s so good with the customers, as well as being funny as hell, and he likes going to the pub with me and coming up with silly slogans, so we make a good team.

That’s exactly why we love your cards. They are an alternative take on traditional cards, I’ve sent quite a few of your cards to relatives with the same twisted sense of humour. With Father’s Day coming up, and your new range added recently, where did you get your inspiration for your Father’s Day designs?

Dads are tricky. They never want any fuss really, and emotions make them awkward, so we wanted to come up with some that were funny, direct, and often down right disgraceful. Our Dads are pretty hard to offend, so we’re safe there, and the designs seem to go down really well with everyone, so it’s all good. 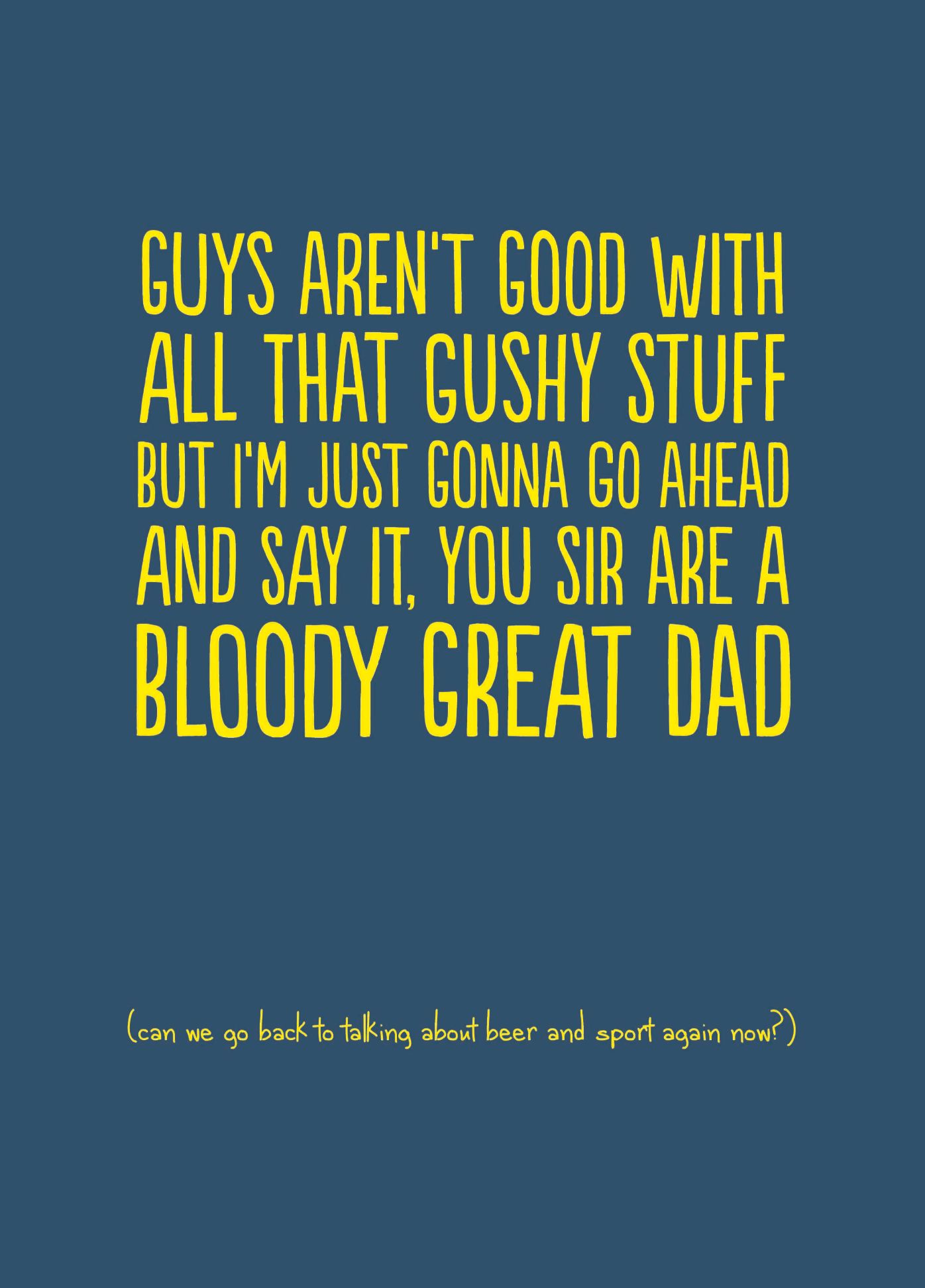 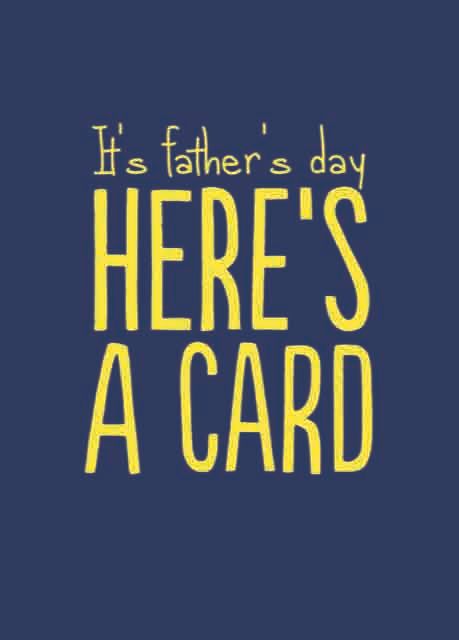 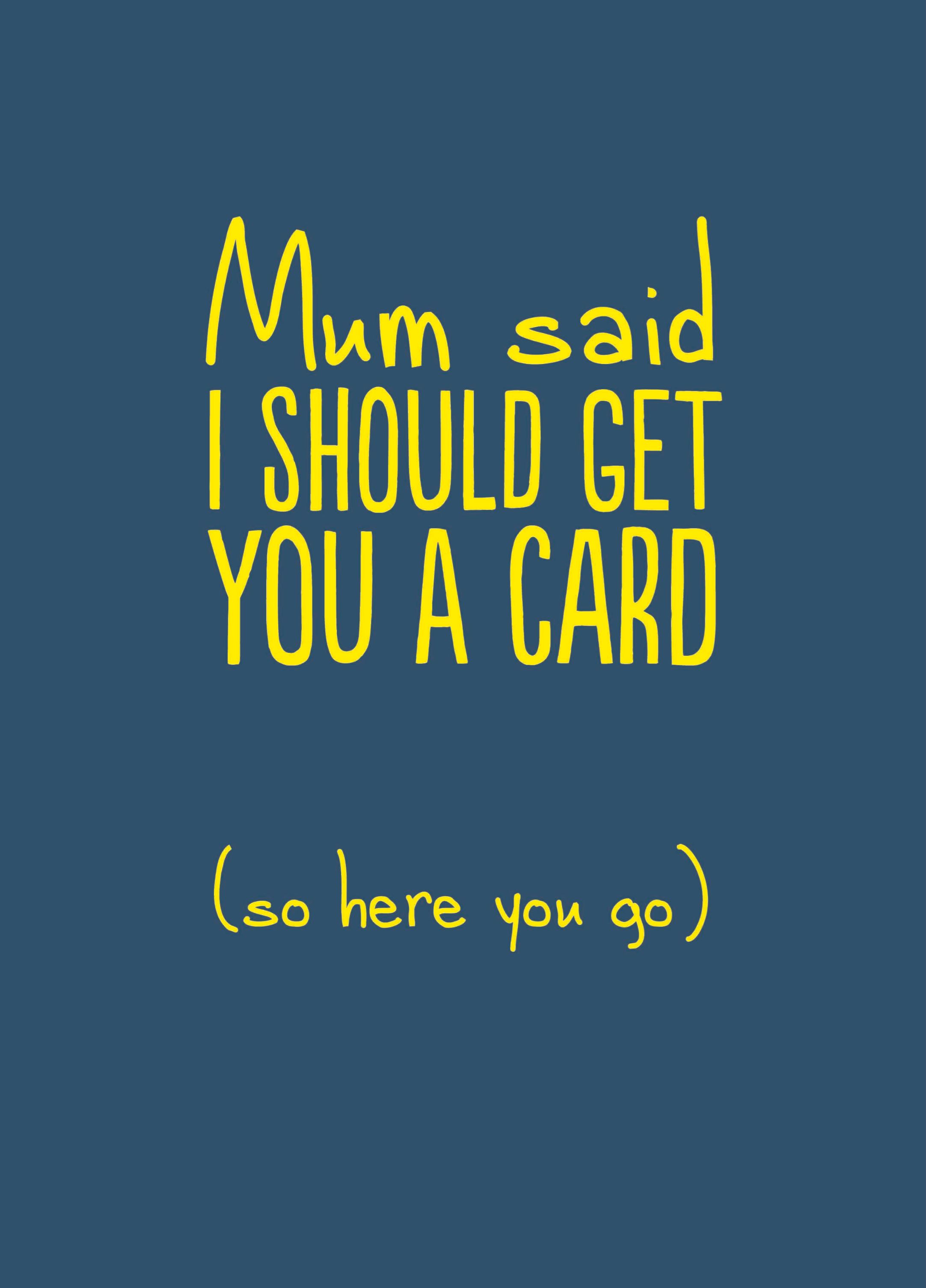 I always feel like you can take it a step further with Dads. You could say stuff to them that you wouldn’t dare say to your Mum! That gets me onto how naughty your cards are. Have you ever had any designs that were too rude?

A: Hell yeah. We have some in the NO pile from a few ‘creative’ nights down the local that would probably get us a court hearing. My other half is very good at vetting them. She’s pretty blunt, so she’ll tell us if we’ve gone too far, or if they’re just not very good! We’ve had some pretty tame ones banned from a couple of stores too, but that’s usually because just one person born without a sense of humour complained. If you don’t like it, don’t buy it, no need to get all high and mighty. It’s a greeting card FFS, we’re not online grooming. 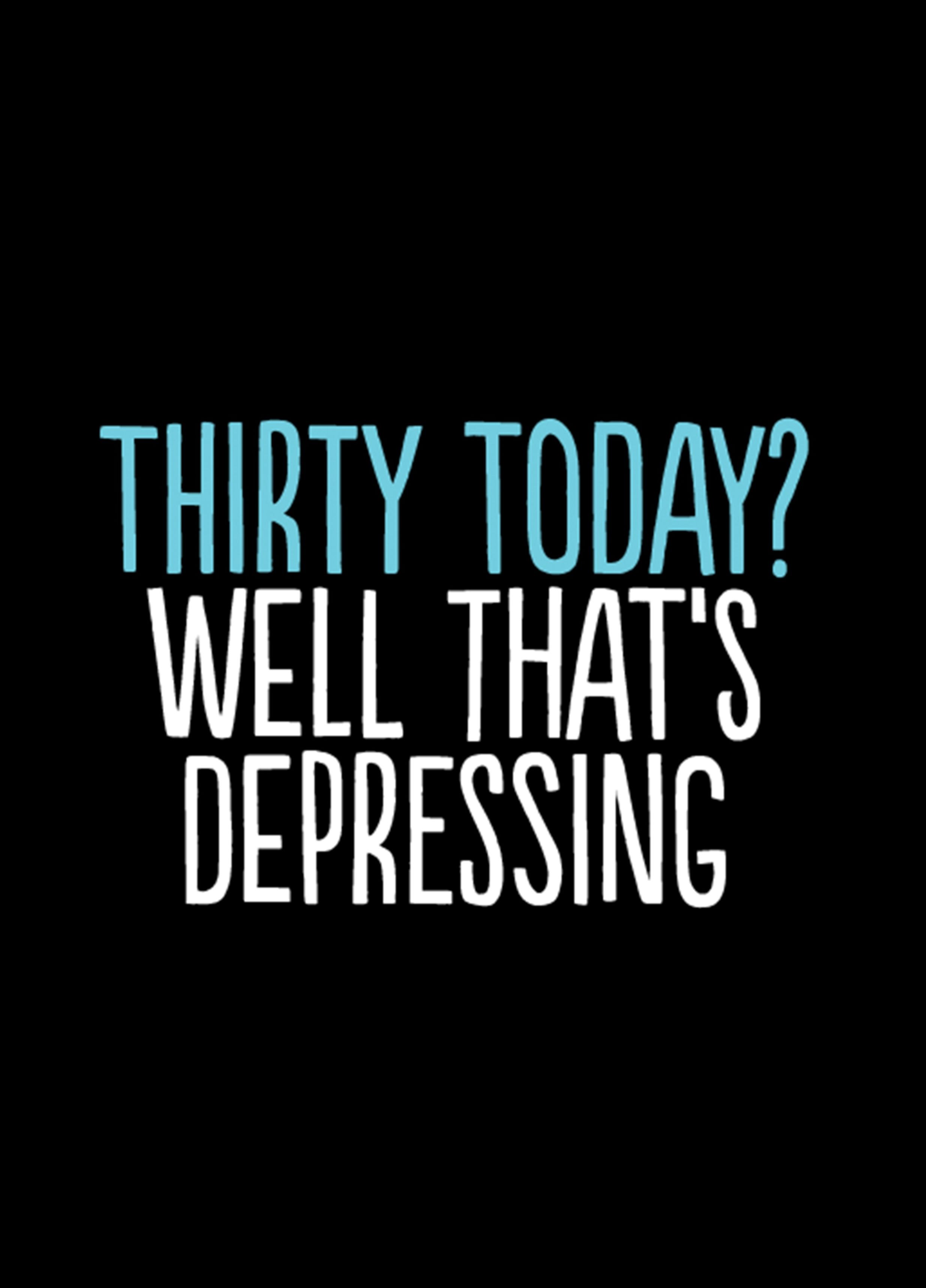 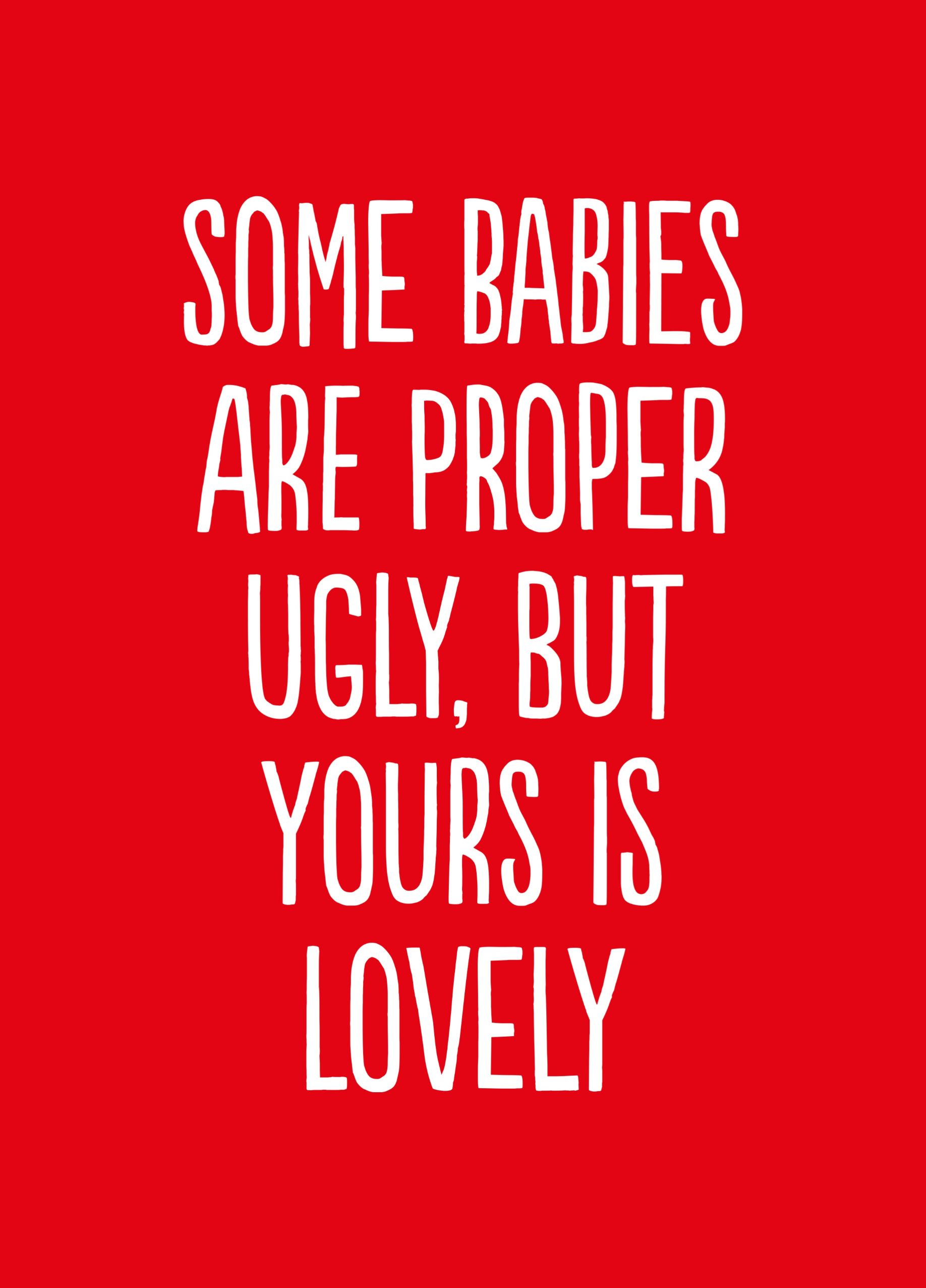 It’s always good to have a bit of a moderator, I suppose! But I do love your point of view on greetings cards, it’s not exactly a life and death situation! Your style is so unique, where did that come from?

Not sure really. I was a copywriter by trade, and I had to write so much corporate crap, so Buddy is just a reaction to that probably. I just wanted the cards to say things people actually think, but don’t always say. It has to be honest, and funny, and sometimes that means rude, but not always. 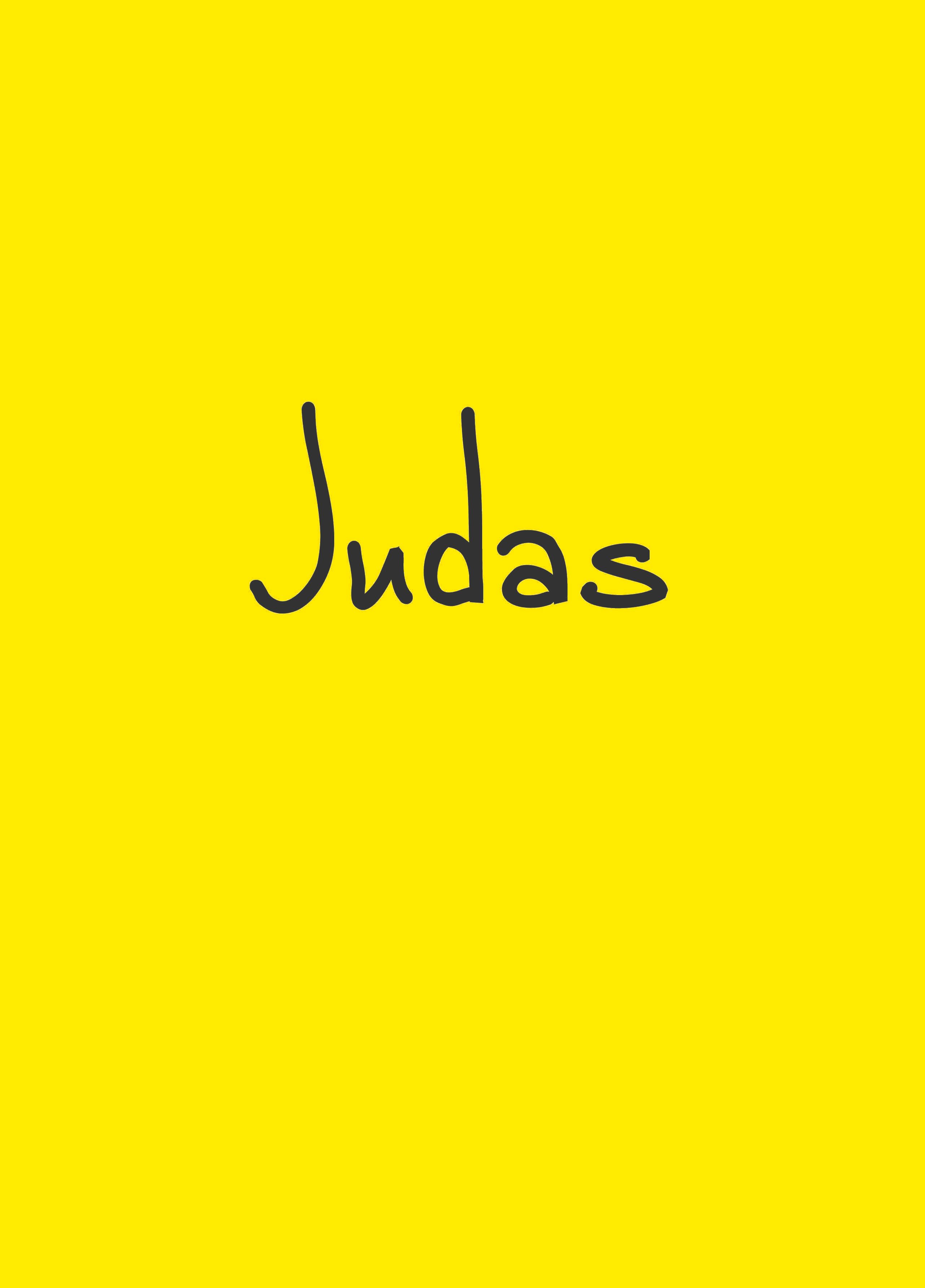 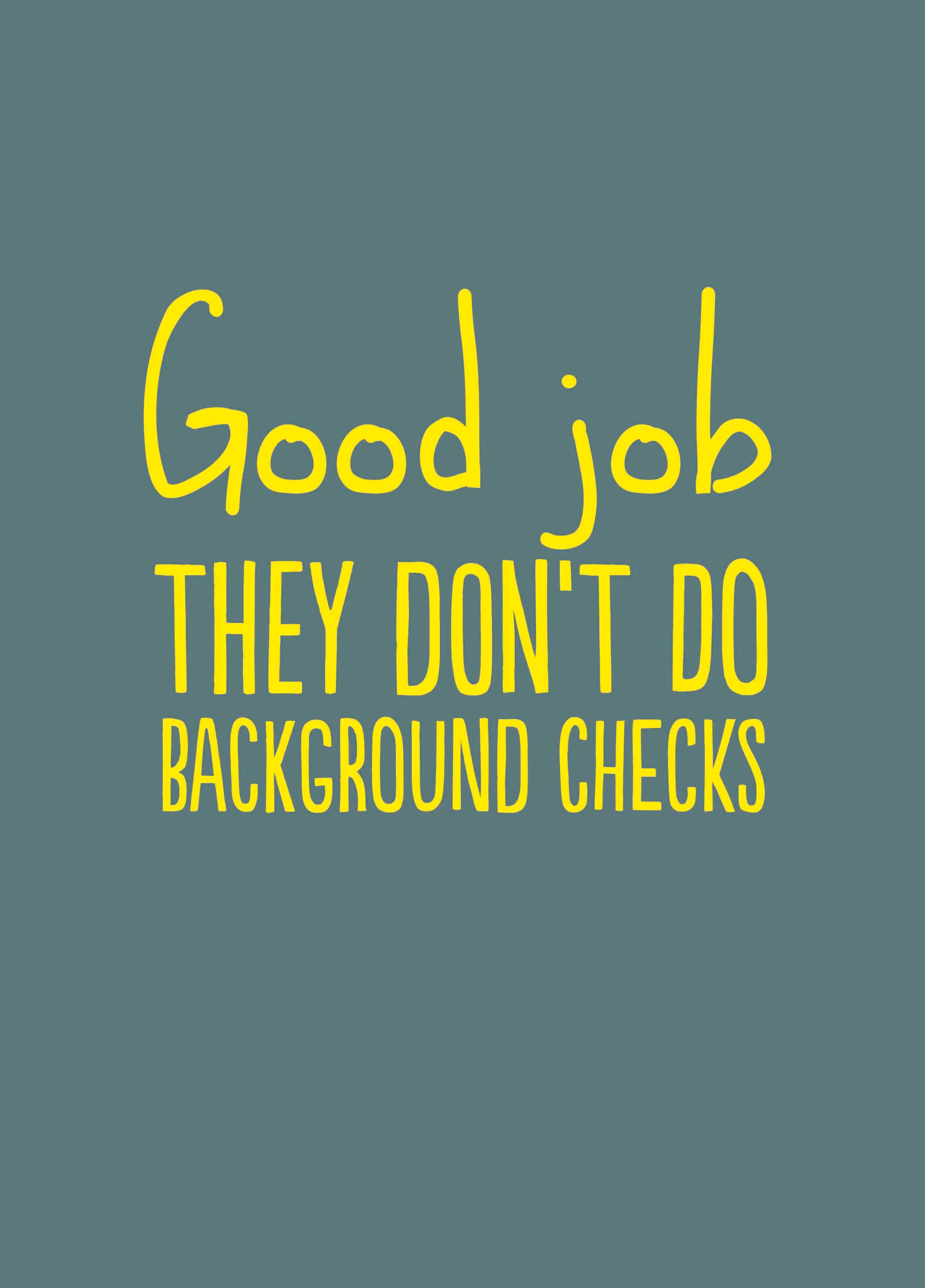 So many of your cards are so true to life, it’s like you read my mind – like the one that says ‘we would’ve gotten you a nicer card but we were only invited to the evening bit!’. How do you come up with these hilarious lines? Is it from real-life situations?

Sometimes yeah. Again, it’s the kind of thing you think of wanting to say, but know you probably shouldn’t. But if the recipient is someone you know can handle it, then it’s all good. It comes back to being honest, then trying to find a way to express that in a simple, funny way. 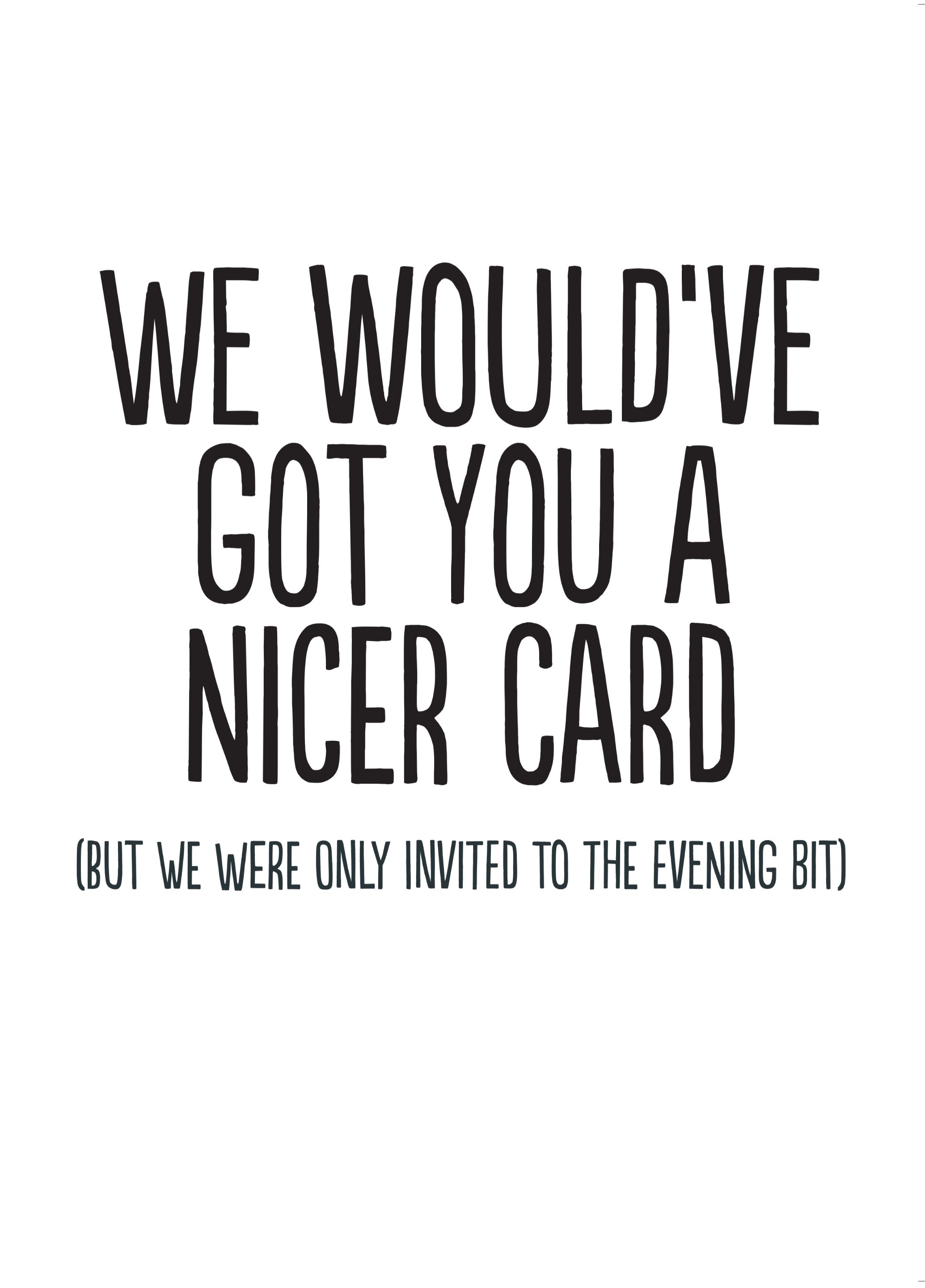 Your cards allow people to be a little more adventurous in expressing how they feel, which is awesome. What piece of advice would you give to your younger self?

Find something you love to do, then find a way to make money from it. It doesn’t have to be lots of money, that’s not important, but you spend so much time at work, you have to do something you really enjoy. I’ve done stuff I didn’t love to pay the bills, so I know it’s not fulfilling. And you never want to think ‘what if’. Just give it a go and see what happens. Even if it doesn’t work as you planned, it might lead to something else that will be rewarding, and you’ll know you gave it a shot, so no regrets. Also, put the mortgage on Leicester to win the league in 2015/2016, then you can buy a mint VW camper van and wander around Europe for a few years with the dogs.

We’ve got a few quick-fire questions lined up:

What is your favourite film/TV show/animal?

Anchorman - ‘I’m in a glass case of emotion!’

Californication - I wish I was Hank Moody for so many reasons.

Hippo - They look quite cute and friendly but they're properly dangerous b*stards.

What’s your favourite card from your Scribbler range?

Probably GOT YOU A CARD - just says it like it is, and ideal for guys buying for other guys. 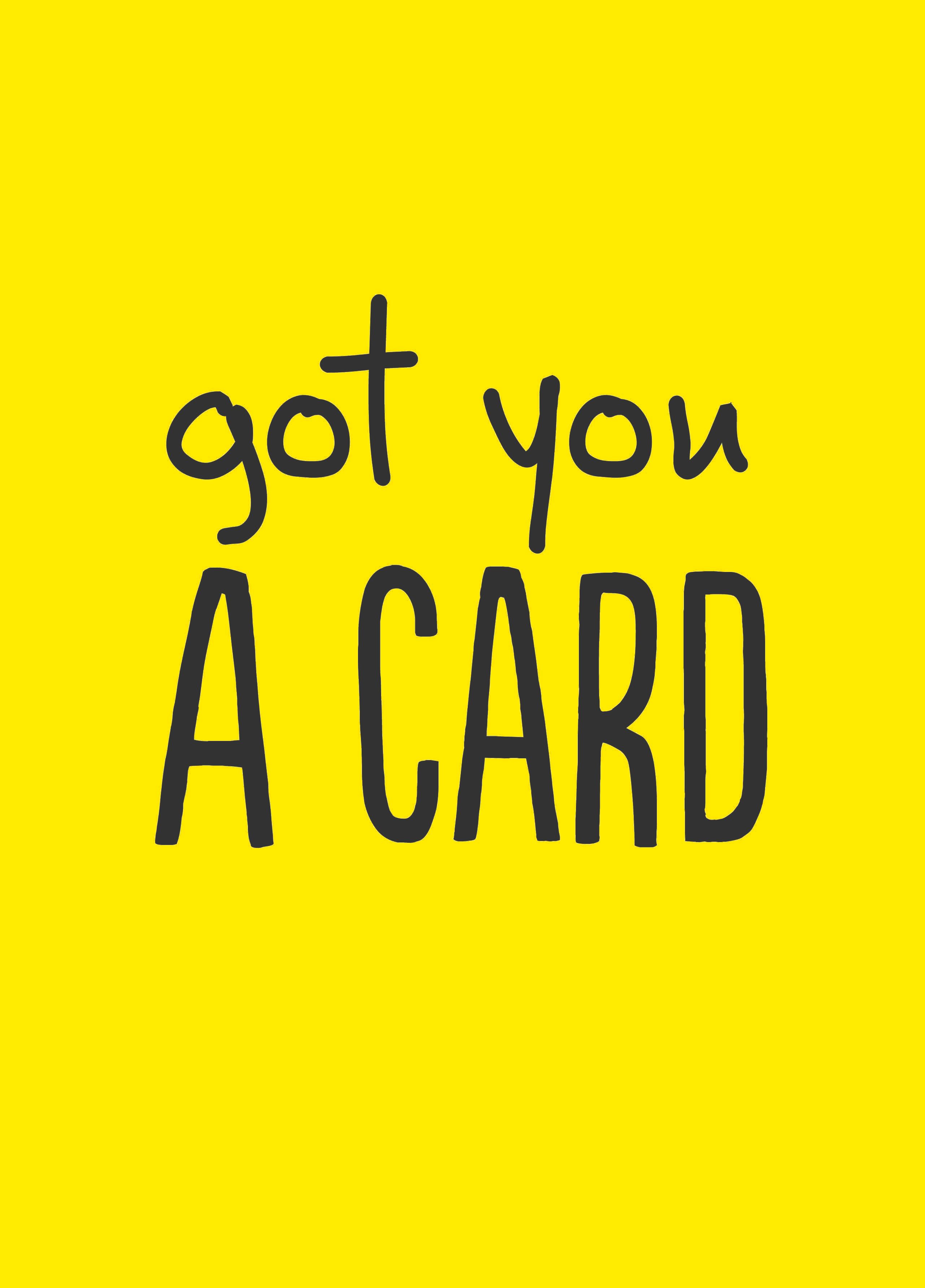 Thank you, Lee. It’s been hilarious! I cannot wait to see what you come out with next.

You can check out our full range of Buddy Fernandez cards right here! If you enjoyed this blog half as much as I did writing it, then their cards will not disappoint.