Order by 3pm and we'll post it today (Mon - Fri)
Wow! Get 4 Standard Cards for £9.99!
Get bonus credit when you purchase Prepay 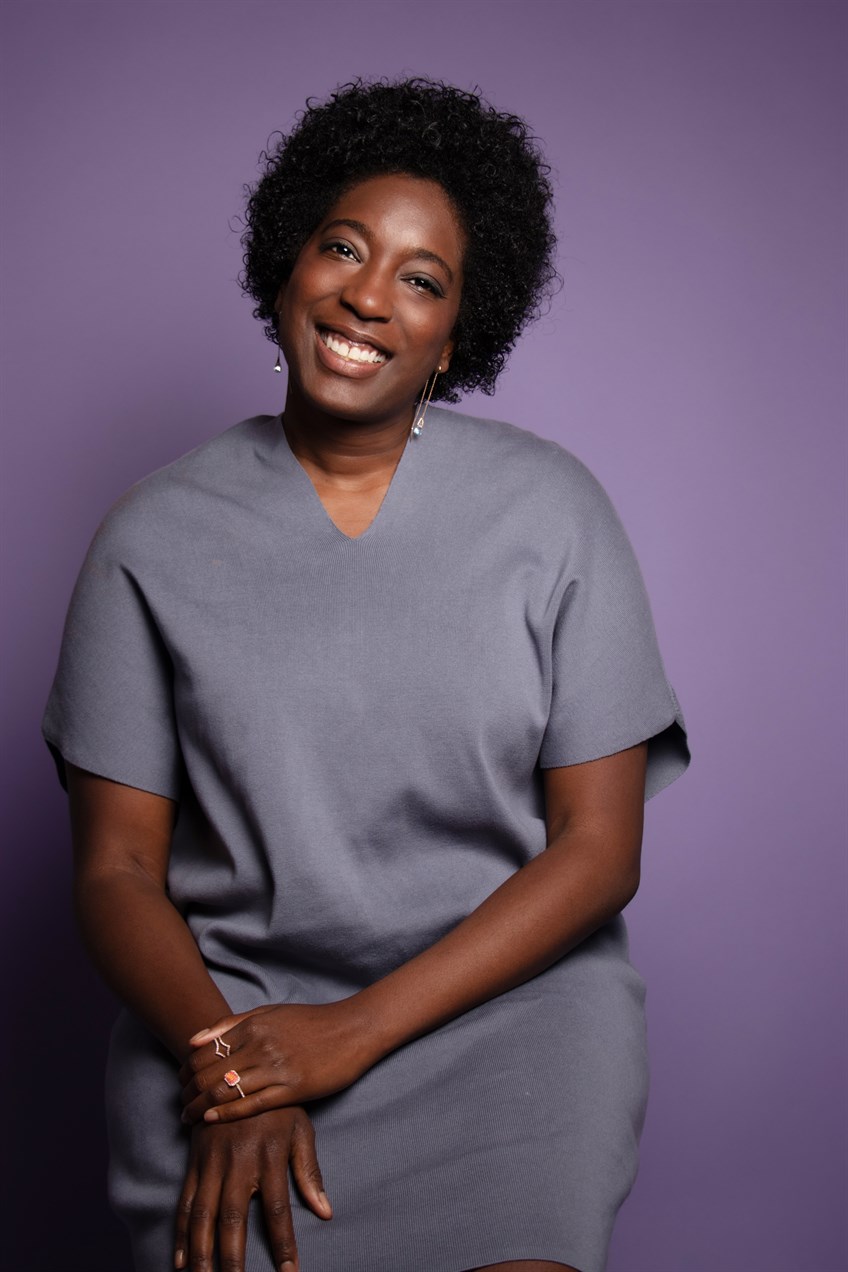 This week on Face Behind the Cards, we caught up with Tineka from Huetribe. Huetribe is a multicultural and LGBTQ greeting card line which addresses the gaps of racial, cultural and sexual representation in the greeting card market. We also thought it would be a great to tie this in with our #SupportBlackDesigners campaign that we've launched this August, which Huetribe is part of. So... for some questions!

How did you get into designing cards? Was it something you always wanted to do?

5 years ago I would have never thought I would be designing cards! I've always had a creative side which was mostly expressed through writing or film. The idea for Huetribe came after years of not finding greeting cards that were relevant to my life or my relationship. I found it hard to find cards depicting interracial relationships, let alone people of colour.

The last straw came when my husband bought a card with a penguin couple on it to celebrate our anniversary, as it was the only card he could find of a couple that was 'black and white.'! Of course, found the situation humourous, but also quite sad in terms of diversity in greeting cards. But from then on the idea of Huetribe was born. There still aren't many interracial cards out there, so for our anniversaries and other occasions we still give each other Huetribe cards!

What inspires your work?

Real people! I think that because photography is a large part of our work, I'm definitely inspired by diverse couples, families, people and interactions I see everyday. A large majority of our photos are actual couples or families. And I think that realness comes across in our photographic designs and is what makes them special. I always want to create designs that I believe reflect what most people see in the real world and I place a particular emphasis on celebrating the beauty of diversity. Recently, Huetribe launched illustration designs which have received amazing feedback so we're building that out and it will be our focus for this year. 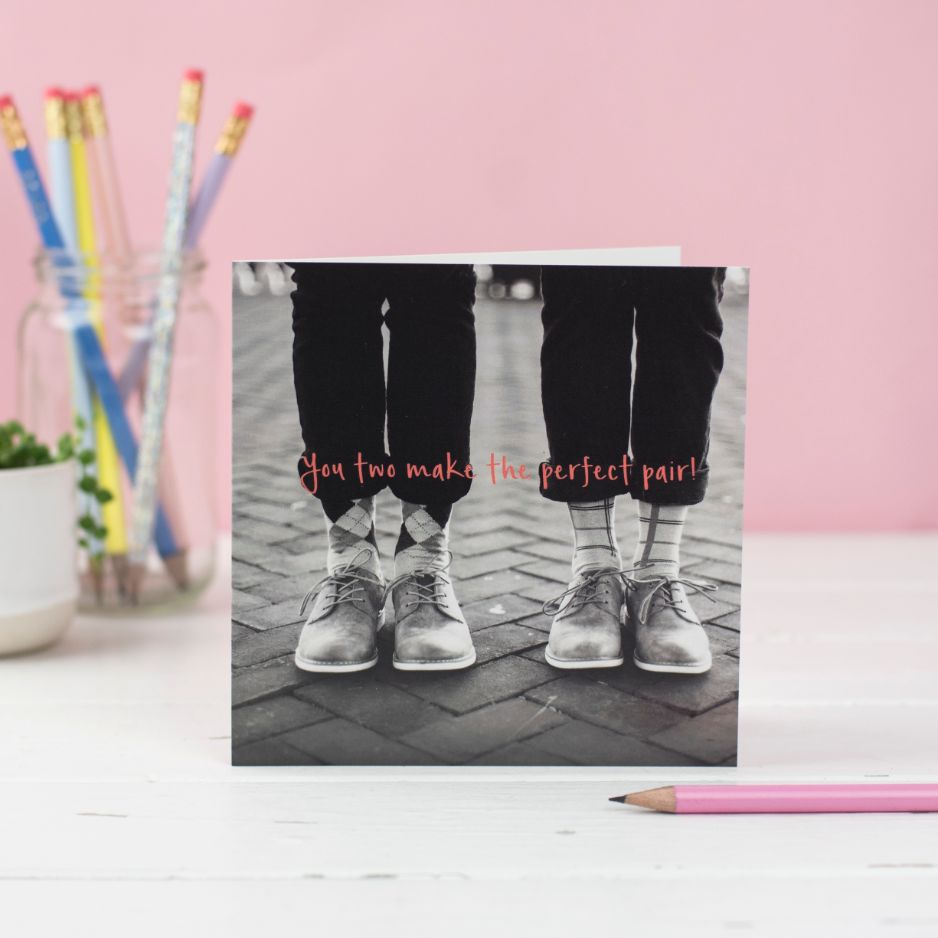 What is your working process? We’ve seen some gorgeous new illustration based designs as well, which we love! How have you found creating these compared to the photographic designs?

Typically before a photo shoot I'm thinking months in advance about which captions I should focus on, which diverse groups I should use for each design, and then I organise people for the shoots which are usually friends of friends of friends.  I started moving into illustration designs right before lockdown. Then lockdown happened and I REALLY started to focus on it. The results are illustrative designs that are positive, fun and colourful. And I make sure they complement the boldness of the photographic designs while portraying realness. But with our illustrative designs I'm able to be a bit more creative in terms of depictions and reality. 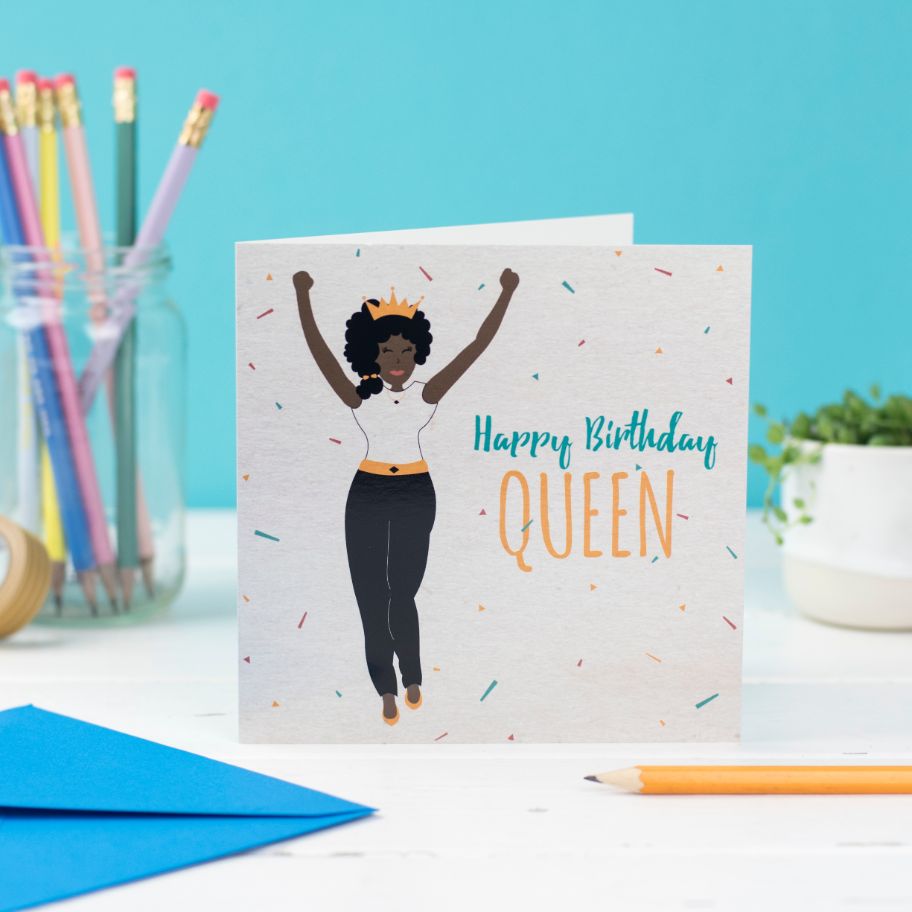 Did lockdown change how you work/your daily routine, if so how did you adapt?

Lockdown was a little hard for me as I usually work from a co-working space if I'm not in the office so I'm used to being around people. However, with more time on my hands lockdown really pushed me to focus on illustrations as it was difficult (and not really safe) to photograph people for more cards. I also had more time to think creatively and realised sometimes we all just need more time to do nothing, sit and think! As the Black Lives Matter movement gained momentum during lockdown, I also spent a lot of time reading, researching and advocating in my own way. Recently I spoke to the BBC about the Black Lives Matter movement and racism as well as World Radio Switzerland. I've also attended Black Lives matter protests. 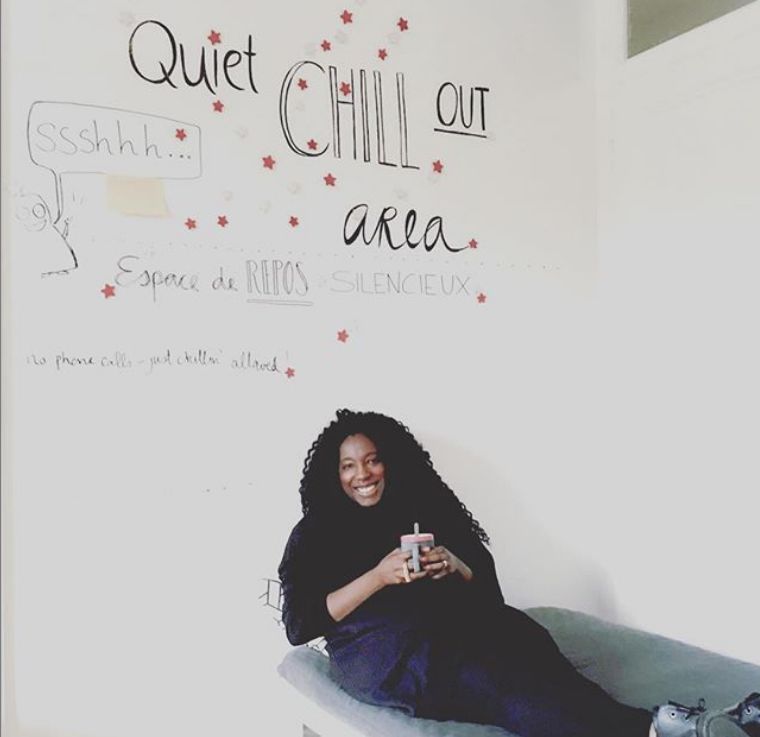 Clearly diversity is a big driver of your designs and we are very thrilled to have been able to stock you and work with you for quite some time now. With current times we are slowly bit by bit starting to see companies take a look at their diversity. What do you think companies should be doing, not just during this time but always, to support and stand by our designers?

Firstly it's important to understand that diverse cards shouldn't only be stocked because the black lives matter movement is in the news. Truly seeing diversity throughout the industry requires a cultural shift in mindset - and that doesn't have to mean only carrying diverse cards. Incorporating a more diverse workforce, working with a racially diverse set of designers, partnering and supporting charities which promote racial equality and taking the time to learn - are all equally as important. In terms of design specifically, this matters because greeting cards are something that we all buy for loved ones to commemorate special moments. But if companies do not address the fact that mainstream society should be including all colours and sexualities then these companies are unconsciously reinforcing harmful stereotypes by distributing designs that don't embrace diversity. 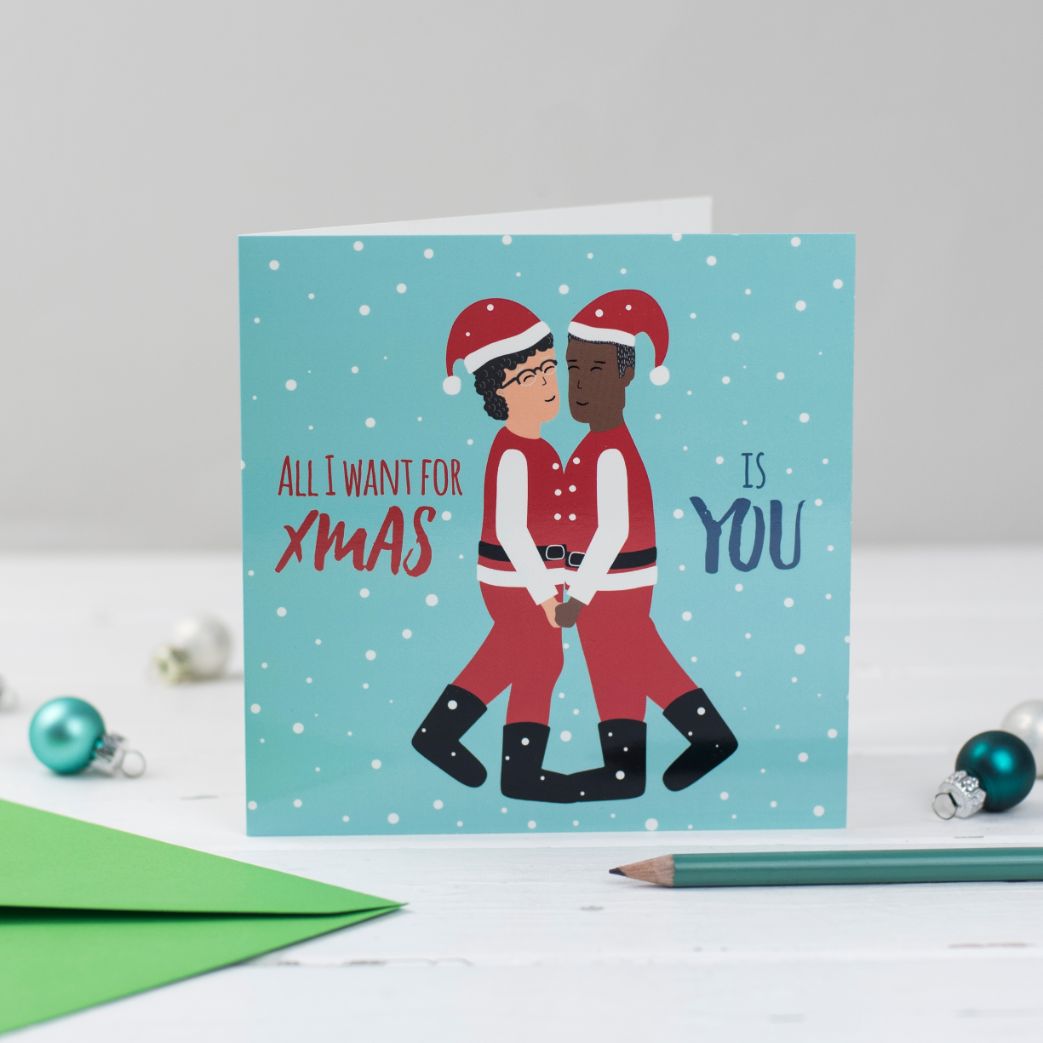 Is there anything you would recommend to somebody to watch or read to become more informed?

1. Why I no longer to talk to white people about race, by Reni Eddo Lodge

2. The Bluest Eye - by Toni Morrison. I think this one would be particularly interesting to those in the publishing and design industry. It explores the harmful effects of racial misconceptions and focuses on a young dark skinned black girl who feels she is ugly based on society's perception of race and beauty and so she desires to be white with blue eyes.

3. And last but not least I have a book that's just been announced from our publisher- Audible Original - being released later this year in audio format and a print version will be published later! It's been a project I've been working on since 2018 and thrilled it's being published finally. It's called MIXED UP: Confessions of an Interracial couple. I co-wrote the book with my husband and we explore racism, prejudices we've experienced from being in an interracial relationship and even touch on starting Huetribe and our take on the hesitancy some greeting card retailers have when it comes to embracing diversity. 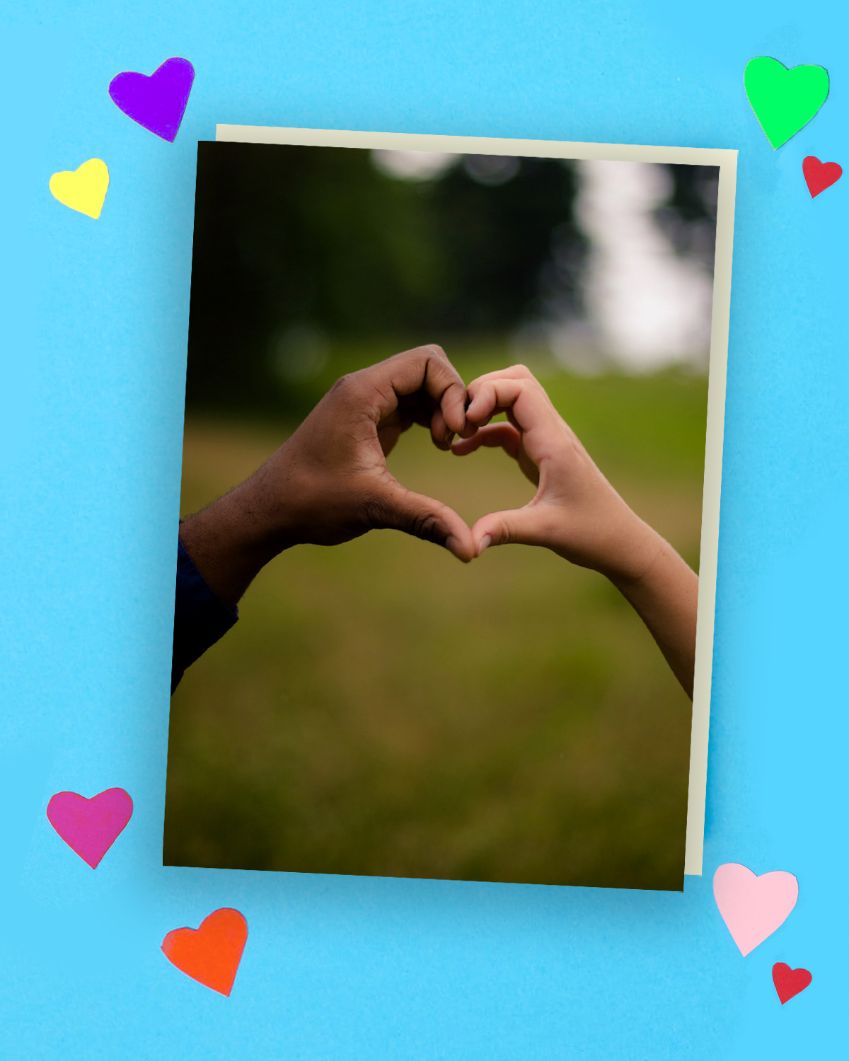 And how do you yourself use your designs to help spread awareness?

When I first started Huetribe, I looked for research on diversity in the greeting card industry and couldn't believe it had never been done before. I carried out research with 2,000 Britons (reflecting the current racial demographic of Britain) with OnePoll in 2017 about diversity in the greeting card industry and it revealed some insightful results. While there's a social responsibility there's also a commercial one. There's such a huge market retailers are missing out on by not offering diverse cards. For instance 25% of white people in the UK want to buy diverse cards and on my occasions people of colour buy more cards  than white people. There's a huge opportunity there but it takes time to see those results. We also have to remember that diverse communities don't expect to see diverse cards in stores yet. They're so used to buying them online or in markets. So it's not only retailers needing to make a change internally- they also have to educate customers to this change. A change that hasn't been seen before - and so that won't happen quickly, but it will happen.

So many products today are used as a tool for activism and many consumers really do research if the brands they buy from support social change. I'm just a small company but I feel Huetribe plays a part in a larger movement and conversation at the moment about how our designs can uplift people who are underrepresented at all levels of society while educating others and driving change for the better. I think for all designers creating diverse cards, we're fighting for the chance for a person of colour to be able to walk into a store and feel that people who look like them are 'mainstream' and normal too. 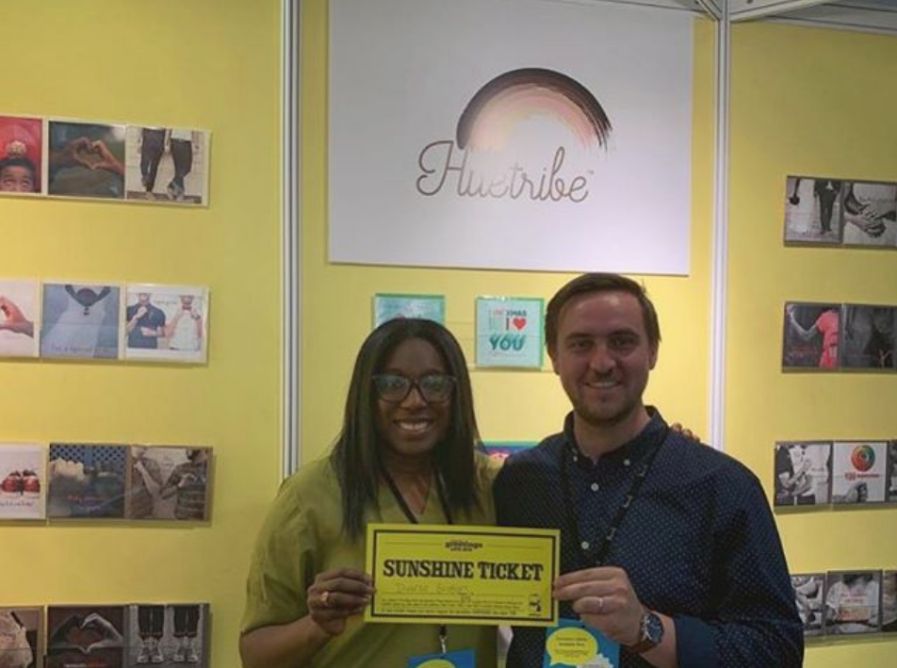 Finally tell us one fun/surprising fact about yourself?

I almost became a professional ballerina at the age of 18 (I had been training since I was 10) but went to University instead!

You can shop the full Huetribe range here and see more from our #SupportBlackDesigners range this August 2020 here. Thanks to Tineka for answering these questions for us!

Want to see more from Tineka and Huetribe?