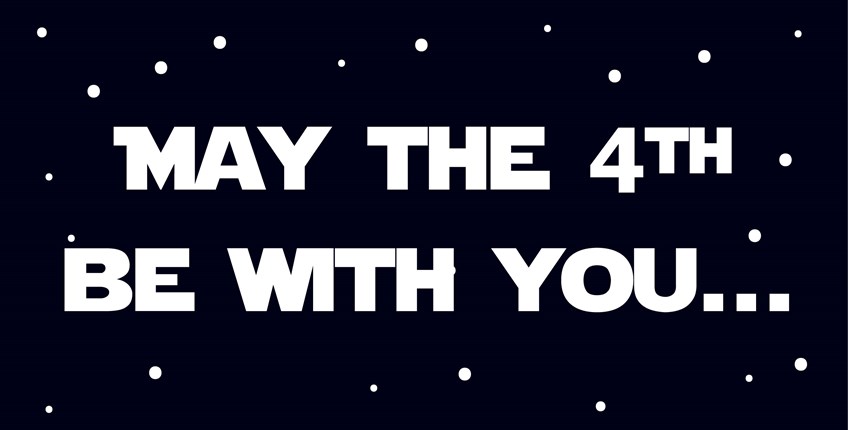 In a galaxy far, far, away…Scribbler have a huge range of Star Wars inspired cards and May the 4thquickly approaching, now is the ideal time to get your die-hard friends a card to celebrate.

I’ve never seen Star Wars. I know the keywords like… Yoda and Stormtrooper and Darth Vader and Chewy. But let’s be real, like Jon Snow of Game of Thrones, I know nothing. And as a complete novice when it comes to one of the greatest movie franchises of all time, I thought it would be fun (but challenging) to learn some fun facts about Star Wars and share them with you guys, who may or may not be complete experts. May the facts be with you.

George Lucas had initially planned to use a monkey wearing a mask and holding a cane to play Yoda according to the J.W. Rinzler in the book The Making of Star Wars. I don’t think anyone can imagine that!

Chewy’s voice was made up of a mixture of lions, badgers, bears and walrus. Oh, and the cheerful cries of dying animals.

One of the biggest plot twists was a complete surprise… mostly. The iconic line ‘I am your father’ was kept a secret from everyone in the cast, the script instead said ‘Obi-Wan killed your father’. Minutes before filming, Mark Hamill was told the real line and the truth of his character, Luke’s, origin.

The actor you played Darth Vader in person, David Prowse, was banned from all Star Wars conventions as George Lucas wasn’t keen on him!

Ewan McGregor could help but make the iconic lightsabre sounds when filming his fight scenes (can you blame him?) that in post-production it had to be removed.

I hope you’re as enlightened as I am! We hope you have a great May the 4th. Do. Or do not. There is no try.